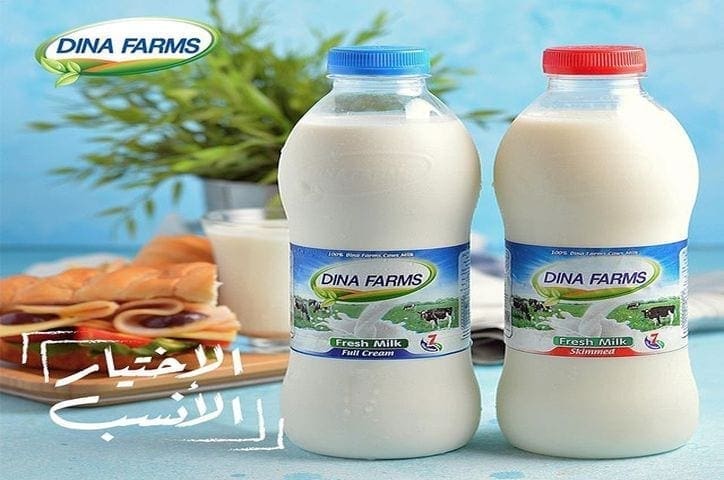 EGYPT – Dina Farms, Egypt’s largest private sector farm has announced a US$24.4 (EGP400 million) investment in its dairy farm and associated segments over the next three years to expand its production capacity.

The investment is part of the company’s new phase of aggressive growth and restructuring that has seen the company double its milk production capacity.

Dina Farms, a subsidiary of Egyptian Stock Exchange listed Qalaa Holdings, has also unveiled plans of setting up a new yogurt production line that will double its yoghurt production capacity.

“The new investments will be pumped in to serve milk production operations, increase the planted areas and to execute solar plants in order to use clean energy in our farms,” Ahmed Hiekal, chairman Qalaa Holdings said.

Beyond dairy manufacturing, Dina Farms is also involved in agricultural crop production, with the company also looking to widen its range of agricultural products.

The company has an agricultural footprint of about 10,000 acres with operations in four integrated business sectors: agriculture, livestock, dairy manufacturing, and a farm retail outlet called ElShadr.

Dina is currently undertaking several initiatives to improve its productivity in milk production, including the installation of curtains and cooling systems at its milking stations.

Amid the aggressive expansion, the company also plans to grow its over 17,000 cattle to enable the firm meet its requirements.

According to Hiekal, the company has already invested US$30 million (EGP500 million) on the farm to date.

The company adds that priority is also being placed on investments in the dairy firm’s agriculture segment with plans to start to process animal feed internally as its targets achieving 85% self-sufficiency by 2020.

Dina Farms was originally acquired by Qalaa Holdings in 2007 and has become Egypt’s largest producer of fresh milk.

While most of Qalaa’s agrifoods portfolio has been divested, with 23 companies sold in total, the holding company remains committed to Dina Farms, its key investment in the agrifoods sector.

ICDP, its subsidiary that markets and distributes fresh milk products, has experienced steady growth since its establishment in 2010, becoming the leading market player in its category and controlling about 70% of the fresh milk market in Egypt.