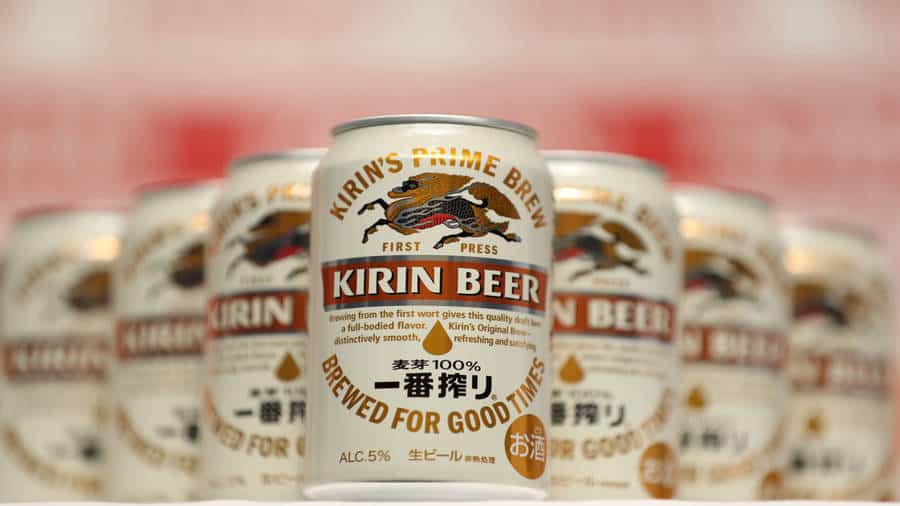 JAPAN – Kirin Holdings, Japan’s second-largest brewer says that it will spend US$1.22 billion (129.3 billion yen) to purchase a 30.3% stake in cosmetics and health food maker Fancl.

The investment is part of Kirin’s strategy of reducing its exposure to the shrinking domestic beer market by expanding into health foods and beverages contrasts and shedding underperforming overseas assets.

The stake represents 33% of the voting rights and Kirin will convert Fancl into an equity method affiliate after the purchase, reports Asian Review.

However, Kirin will not hold veto power on special resolutions during shareholder votes since its ratio of outstanding Fancl shares owned will fall short of the one-third threshold, which enables Fancl to preserve a level of independence.

The transaction is expected to close by September 6 this year.

The capital and business alliance will focus on jointly developing and producing health foods, drinks and supplements.

According to data from Yano Research Institute, the market, driven by the country’s aging population, stands at an estimated US$7.34 billion (781.3 billion yen) in fiscal 2018 and is growing by the year.

“In order to resolve these societal problems, we are facing the same direction as Fancl,” Kirin President Yoshinori Isozaki said.

The companies will conduct joint research in such areas of wellness as preventing adult-onset diseases, strengthening immune defences and improving the gastrointestinal biome.

They will share resources and strengthen capabilities by linking operations.

“I wanted to hand over [Fancl] to a company I can entrust with the future while I’m still capable of making decisions,” Fancl’s founder and Chairman Kenji Ikemori said.

Kirin, which has made progress in the preventive health field among consumers, is aiming for segment sales of US$940 million (100 billion yen) in 2027.