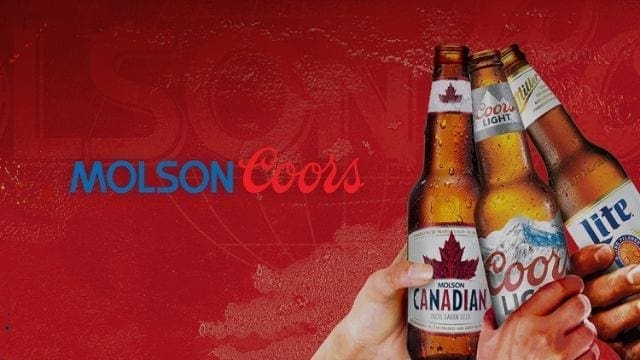 CANADA – Molson Coors Brewing Company has announced that has launched a new set of global packaging goals and plans to make 100% of its packaging reusable, recyclable, compostable or biodegradable by 2025.

Molson is strengthening its goals to drive down packaging emissions, use more recycled materials in its plastic packaging and improve recycling solutions in its key markets.

The world’s seventh largest brewer is seeking to achieve at least 30% recycled content in its PET bottles, plastic film wrap and plastic rings.

As part of the commitments, which the company highlighted in its annual sustainability report, Molson is aiming to remove plastic rings from Carling and Coors Light cans sold in the UK by the end of March 2021, switching to 100% recyclable cardboard sleeves.

The UK business also plans to remove the plastic film wrap from large multipacks by the end of March 2020, moving these packs into cardboard packaging.

“As a global brewer with a strong family heritage, we have always taken seriously our responsibility to brew a more sustainable future,” Molson Coors outgoing chief executive Mark Hunter said.

“Plastic waste poses a clear environmental challenge, and as a consumer-packaged goods company, we play an important role in helping to solve the global waste crisis.”

The eco-friendly rings are made from post-industrial recycled fibre and are 100% bio-based, recyclable and compostable in commercial composting facilities.

The report also details the company’s latest performance against its 2025 sustainable packaging ambitions and its recently approved science-based emission reduction target in line with the Paris Climate Agreement.

Molson Coors’s 2025 goal to lower absolute emissions by 50% within its direct operations was determined as ambitious enough to meet the requirements of the 1.5°C pathway.

“By setting a target for their operations that aims for the most ambitious goal of the Paris Agreement – to limit global warming to 1.5°C – Molson Coors are charting a path towards a sustainable and thriving future.”

Additionally, the company says it has achieved zero waste to landfill at 17 of its brewing and manufacturing facilities, representing an improvement of three sites over the last year.

Molson Coors also says it has invested more than $20 million over the past 10 years in initiatives to bolster supply chain stability, with the ultimate aim of ‘future-proofing’ its key resource – barley – and the communities which produce it.

Key investment areas include technologies and education programmes to minimise water use on barley farms, research and development of specially bred barley strains, as part of a commitment to source 100% of its barley and hops from sustainable suppliers in key growing regions.