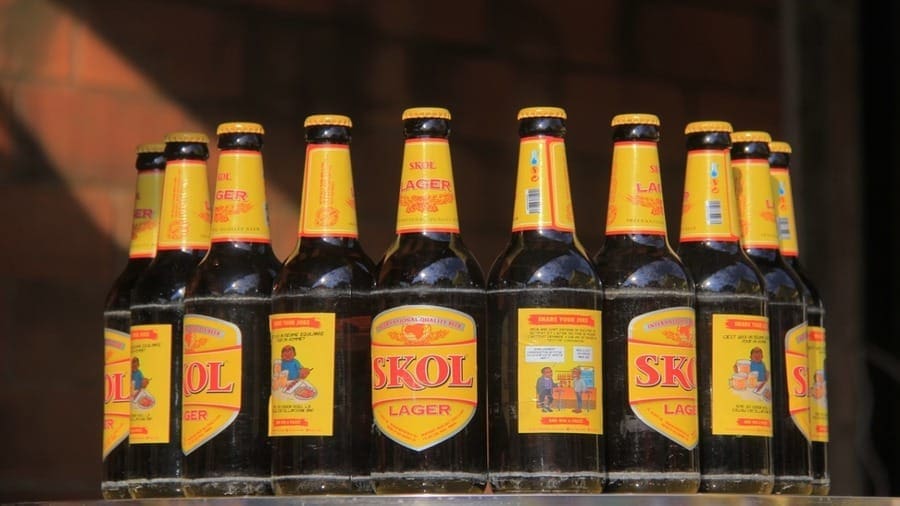 RWANDA – Skol Brewery, has unveiled a new look for one its beer brands, Skol Lager, in a new campaign that seeks to increase its dominance in the alcoholic beverage market.

With no changes on the beer, the company said that the refreshed “Skol Lager brand look supports the ‘Live Laugh Lager’ campaign using strong, vibrant yellow, and a shield design” as an easy to drink lager with no added sugar and a full strength of 5% alcohol by volume (ABV).

“We aim to help our Skol lager drinkers regularly have a great laugh with their friends to distress and not take life too seriously,” said Emilienne Benurug, the Brand Manager for Skol Lager

“We think we can capture this moment with our slogan, live-laugh-lager.” She added.

The company has unveiled plans of growing its market share in Rwanda, after manging to lift its footprint by 20% in 2018 from 5% recorded in 2010.

Anita Haguma, Skol Brewery Rwanda’s Marketing Director, said that the company has already met its initial plan of commanding 20% of the market by 2020.

The brewer has also made significant investment in its production and distribution system as its seeks to serve a wider a consumer base.

Notably, early this year, Skol commissioned a US$10 million packaging line that saw the company more than double its production capacity.

The new packaging line increased its bottling capacity from 450,000 hectolitres to more than one million hectolitres annually owed to its high efficiency.

In December last year, the brewer added a new brand ‘Skol Select’ to its portfolio which counts of beer brands like Skol Malt, Panache, Virunga, Gatanu and the Skol Lager.

Skol Brewery Ltd is subsidiary of Belgium-based UNIBRA and entered the Rwandan market in 2010 and since then the company has recorded significant growth due to its wide range of brands.

It’s estimated that as the second largest beer manufacturer by market share, SKOL currently contributes over US$22 million (Rwf 20billion) to the national coffers