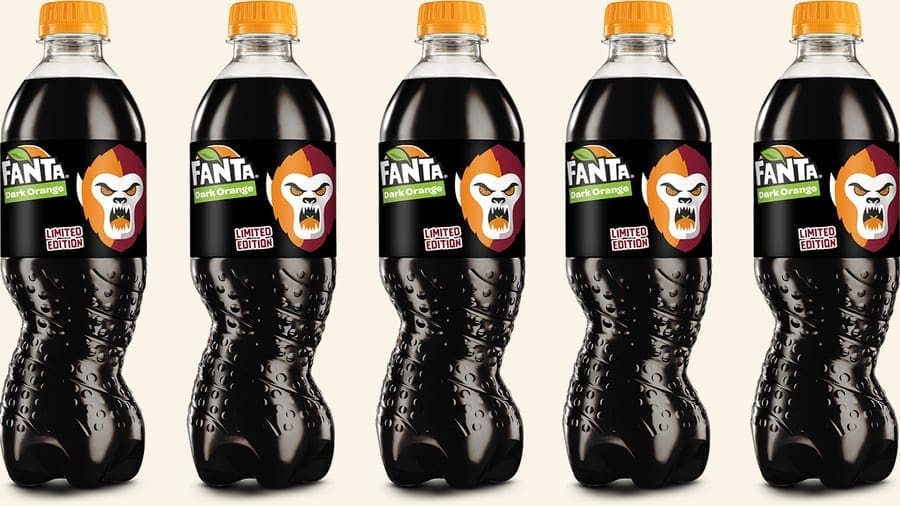 UK – Coca-Cola European Partners (CCEP) is adding a new variant in its Fanta portfolio with the launch of a limited edition of Fanta Dark Orange.

The Fanta Dark Orange, the first ever Fanta product to turn jet black, will be launched this Halloween, featuring werewolf-themed packaging to stand out on the shelves and “give consumers a devilishly delicious experience.”

The limited-edition, Soft Drink Tax-exempt variant will be available in 500ml plain and price-marked packs from mid-September until Halloween.

In addition, the full Fanta range will once again receive a Halloween-themed makeover with the return of on-pack graphics.

The packs, which will be available across regular and zero variants of Fanta Orange, Lemon, Fruit Twist, Pink Grapefruit and Grape, have been developed to help retailers tap into the growing consumer demand for special Halloween designs.

CCEP said Halloween is the fourth-largest retail event in Great Britain noting that Fanta continues to drive sales over the season, growing 17% during Halloween last year.

“We’re confident that by tapping into the consumer demand for fun flavours with Fanta Dark Orange, the plan for 2019 is even stronger, further enhancing Fanta’s association with Halloween, which is becoming as synonymous as Coca-Cola’s link to Christmas.”

The new flavour variant and special packs will be supported by a multi-million marketing campaign spanning digital and outdoor advertising, social media and Twisted Carnival activities.

The company has also announced the launch of eight new limited-edition Diet Coke can designs that include some “familiar, light-hearted phrases” which will be available throughout September.

“The limited edition cans are designed to stand out on shelf and drive talkability amongst young adults whilst helping to recruit new consumers into the Diet Coke brand.

“We’d recommend that retailers get stocked up to take full advantage of shoppers looking to collect the eight different phrases, helping to drive sales in their store,” Simon said.