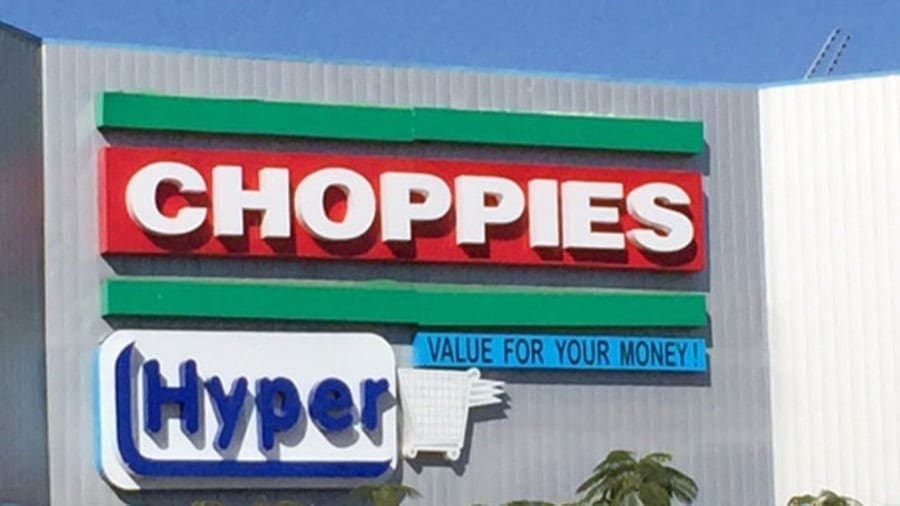 SOUTH AFRICA – Choppies Enterprise has opened bids for its 88 stores in South Africa to settle its outstanding debt until the 28th of this month to expedite the sale process.

In August the Botswana retailer had identified its South African business as distressed and earmarked for disposal together with its Tanzanian business which they have started to receive interest on. In addition, its Kenyan operations is continuing with its offloading process.

Beginning of the month, the retailer closed its third outlet in Kenya following its prior closure of its Kiambu and Bungoma outlets earlier in the year, as the firm experienced stock outs amid static fixed costs of running on empty shelves.

Choppies have also agreed with its auditors, PriceWaterhouseCoopers (PwC), on the finalisation of its long-standing results for 2018.

Choppies was suspended on both the Johannesburg Stock Exchange and Botswana Stock Exchange as battle for control of the retailer swung back and forth between founding chief executive Ramachandran Ottapathu and a now-defunct board, which put him out to pasture on allegations of financial misappropriation.

The group said it had also beefed-up its legal fronts with the appointments of advocates Mark Meyerowitz and Andrew Redding SC to advise on any employee, including Ottapathu.

It said it had retained the services of Meyerowitz and Guy Hoffman to advise on corporate governance, directors’ duties and the collective responsibility of the board and the members thereof, up to September 3 this year.

“These counsels have commenced their review. Their report is expected at the end of November,” the group said.

Ottapathu, who recently regained his foothold in the group via shareholder vote, is aligned with the group’s deputy chairperson and co-founder Farouk Ismail in proclaiming his innocence of financial misappropriation.

According to IOL Business Report, the two are against non-executive directors Ronald Tamale, Wilfred Mpai, Dorcas Kgosietsile and former Botswana president Festus Mogae, who say they launched two investigations, one legal and one forensic, to address serious governance concerns raised by auditors PwC.

The forensic investigation report was released in September highlighting alleged questionable dealings involving Ramachandran Ottapath which include accounting irregularities around bulk sales and inventory at its stores in SA and Zimbabwe.

Ottapathu was also accused of using R137 million (US$9.2m) of the retailer’s cash to finance the acquisition of his personal 50 percent stake in competing retailer, Fours Group.