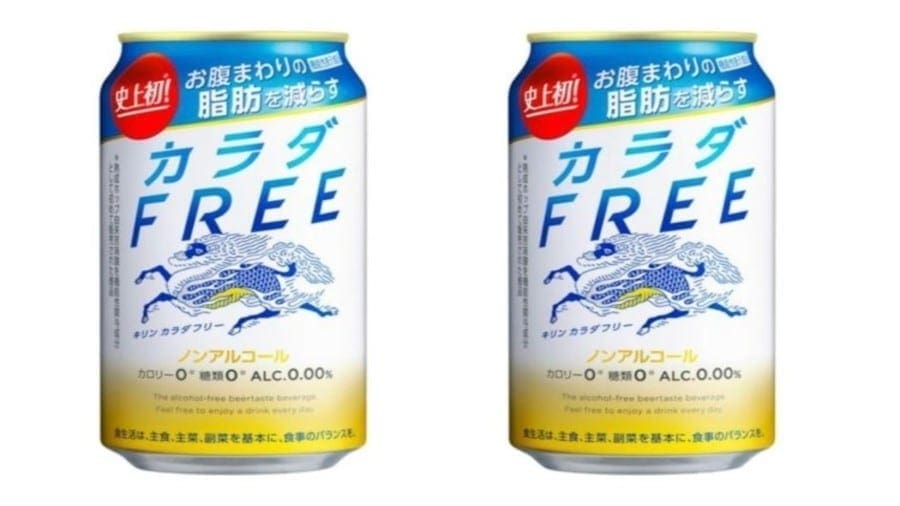 The Kirin Karada Free is part of the brewer’s functional beer offerings as the company seeks to tap into consumers who are looking to obtain health benefits from drinking beverages​.

The beer has low calories (5g per 100 ml) and scarcely any sugar (under 0.5 grams) , zero fat, 0.4g protein in addition to the zero percent alcohol by volume.

Kirin Hops extract powder is made from maturing hops, which not only reduces the bitterness, but also increases the amount of matured hop bitter acids,

Activated BAT reduces body fat by acting as a metabolic furnace that uses the fat stored in white adipose tissue as fuel, which the company says is the key to continuously burning body fat, and eventually, reducing abdominal fat.

The launch of the functional beer follows years of research and development by Kirin scientists – who tested the slimming effect of Kirin Karada Free on 200 participants with BMIs of between 25 and 30.

They consumed the beverage one can a day for 12 weeks or a placebo. According to the findings, participants who consumed Kirin Karada Free achieved a reduction in their total abdominal fat between 7-8 square centimeters greater than those who didn’t.

The researchers also observed that body weight in the treatment group significantly decreased by 0.5% after 12 weeks, compared to zero change in the placebo group.

The product is now available at mass retailers including convenience stores, supermarkets, and drugstores in Japan in a 350ml pack retailing at JPY 157 ($1.58). Currently, Kirin said it has no plans of launching the beer in other markets.

The launch is part of Kirin’s strategy of reducing its exposure to the shrinking domestic beer market by expanding into health foods and beverages contrasts.

The firm previously launched its first FFC beer called Kirin Perfect Free in 2015, containing dextrin to slow down the body’s absorption of sugar and fat.