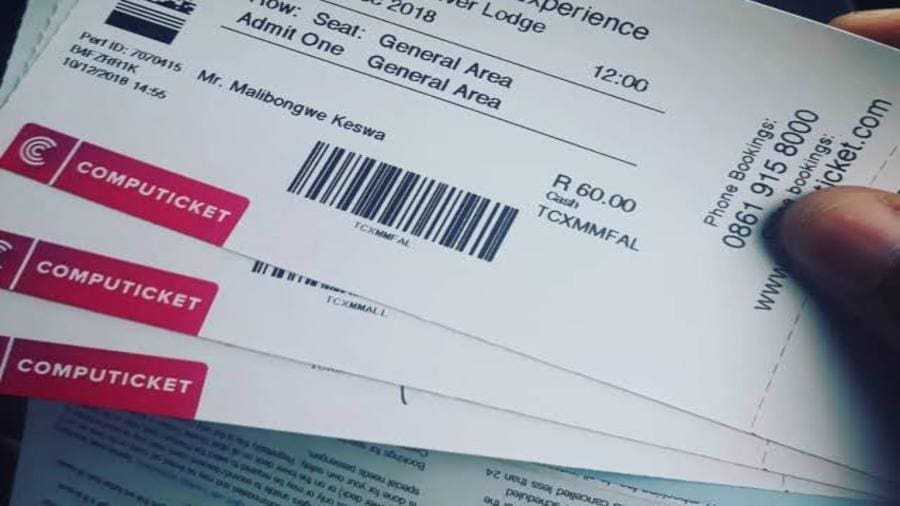 SOUTH AFRICA – Shoprite holdings and its subsidiary Computicket, involved in providing outsourced ticket distribution services to inventory providers in the entertainment industry and sports events are facing joint charges by the Competition commission.

The Competition Tribunal found Computicket to have breached the provisions of section 8 (d) (i) of the Competition Act 89 of 1998, by abusing its dominance in the market which ensured Computicket was the sole seller of tickets for festivals and concerts.

This was followed by complaints submitted to the Commission between 2008 and 2009 by various complainants, namely: Strictly Tickets CC (“Strictly Tickets”); Soundalite Artslink (“Soundalite”); KZN Entertainment News and others.

According to the Competition Commission, in 2005, after the acquisition of Computicket by Shoprite, Computicket changed the duration of its exclusive contracts to a standard period of three years.

In these agreements, Computicket has the ability to price discriminate between its large and small inventory provider customers.

Computicket’s larger customers are able to negotiate better rates from Computicket than smaller customers, based on their size.

This allows Computicket to isolate the competitive pressure arising from those inventory providers who may find the option of self-supply more attractive.

If found guilty, Shoprite, which argued at a Competition Tribunal hearing on Friday that the charges be dropped, faces a possible fine of up to 10% of its turnover, or about R15bn (US$9.75bn).

Holding a parent company liable for apparent breaches of the competition act by its subsidiary is unprecedented in SA and could tarnish the country’s credentials as an investor friendly emerging market, reports Business Day.

Shoprite reported 18.2 percent decline in full year net profit to US$ 273.12 million (R4.2bn) as the South African retailer struggled to lift sales in majority of the economies it operates in.

Operating profit during the year was down 8.2% while basic headline earnings per share was also lower, by 19.6% to 780.8c.