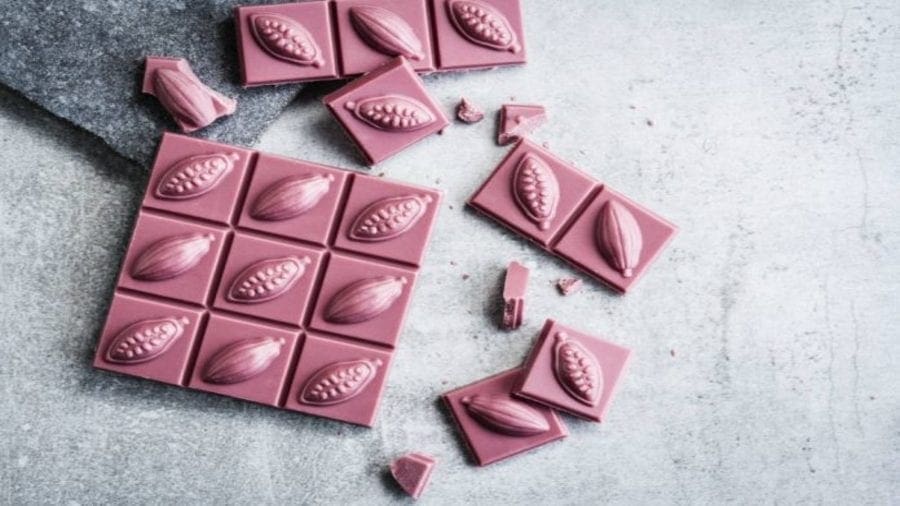 USA – Barry Callebaut has been granted a Temporary Marketing Permit (TMP) by the US Food and Drug Administration (FDA), clearing the way to market Ruby as chocolate in the United States.

Ruby chocolate is made from the Ruby cocoa bean through a unique processing method unlocking a unique fresh berry-fruity taste and a pink hued color tone naturally present in the Ruby bean. No berries, berry flavor nor colors are added.

Barry Callebaut noted that ruby’s unique taste, color and composition, required a marketing permit from the FDA for it to be marketed as the fourth type of chocolate after dark, milk and white chocolate.

After passing this important regulatory milestone, Barry Callebaut added that will continue to work closely with the FDA towards recognizing ruby chocolate with its own standard of identity.

Peter Boone, CEO & President, Barry Callebaut Americas said: “Barry Callebaut has established itself as a pioneer and innovator in chocolate and cocoa, globally.

“With the approval of this Temporary Marketing Permit, we will move forward with our customers in introducing Ruby as chocolate to the US market.”

The marketing permit is viewed as an important step towards establishing ruby chocolate allowing Barry Callebaut to formally measure consumer acceptance, in support of a future petition for such a new standard of identity.

According to the confectioner, ruby chocolate has already been welcomed as an innovative breakthrough across the globe, and has been introduced by more than 60 brands across all continents.

In the US, Ruby has already been successfully introduced in recent months as Ruby cacao bars, Ruby truffles and more and soon, the company plans to expand the Ruby portfolio to include decorations, IceCream coatings and more.

Barry Callebaut said that it took the company ten years to turn Ruby cocoa beans into the sublime Ruby chocolate, which the company describes as the biggest innovation in chocolate in 80 years.

Ruby offers an intense sensorial delight, a totally new taste experience: neither bitter, milky or sweet, but a tension of fresh berry fruitiness and luscious smoothness. Ruby cocoa beans can be found in Ecuador, Brazil and Ivory Coast.