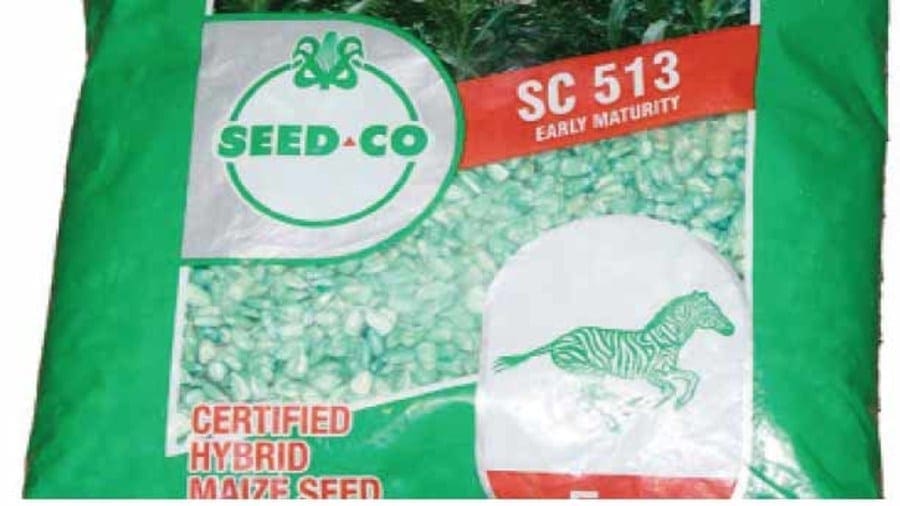 ZIMBABWE – Zimbabwe’s largest seed producer, Seed Co Limited has reported a loss of US$2.5 million for the half year period to September 30, 2019, from US$1.5 million recorded during the same period in the prior year on the back of decreased exchange gains and increased finance costs.

Traditionally, the first half is a cost accumulation period as sales begin during the second half of the year when farmers scramble for seed in time for the farming season as well as the onset of rains, reports the Herald.

Loss before tax widened to US$2.5 million compared to US$0.7 million in the prior year’s comparable period.

Revenue remained unchanged at US$17.7 million as the increase in maize seed sales volumes in Malawi, Tanzania and Zambia were neutralised by unfavourable currency movements and the delayed start of the planting season in Kenya due the late onset of rains.

Despite the challenges, regional seed manufacturer recorded improvement in gross margins on the back of a good product sales mix.

According to the group, non-core income declined to US$1.3 million on account of reduced exchange gains on foreign-currency denominated receivables in Zambia as its Kwacha’s rate of depreciation decelerated.

During the six months under review, fixed assets increased to US$39,2 million resulting from capital expenditure partially offset by depreciation and exchange adjustments. The group invested the bulk of the capital through purchase of a seed production farm in Mkushi in Zambia.

Additionally, the group also injected more capital into Prime Seed Co International in Botswana for acquisition of an 80 percent stake in Alliance Seeds – a South African based vegetable seed company.

This comes as the group consolidates its position in the region.

Trade and other receivables marginally increased to US$54.2 million from US$53.2 million in 2018 as collections of outstanding balances from customers were negated by current year’s credit sales to date.

Indication are that management will continue engaging debtors with overdue balances.

As at reporting date, borrowings were at US$46,8 million to cover the working capital gap created by the current high levels of inventories and receivables.

As part of initiatives to improve seed varieties and a cushion against the changing climatic environment, Seed Co International released several seed varieties in Kenya, Ghana and Zambia.

“With the emerging risks of global warming and erratic rainfall; the group’s research and development is increasingly focusing on breeding more drought tolerant varieties,” said the group in a statement accompanying the financials.

Management remains upbeat of improved full year earnings driven increase in revenue following recovery of demand in Kenya and Tanzania with normal to above normal rainfall forecast after the drought experienced in that region in the last financial year.

The group is dual listed on the Zimbabwe and Botswana stock exchanges with operations in Botswana, Ghana, Kenya, Malawi, Nigeria, Rwanda, South Africa, Tanzania, and Zambia.