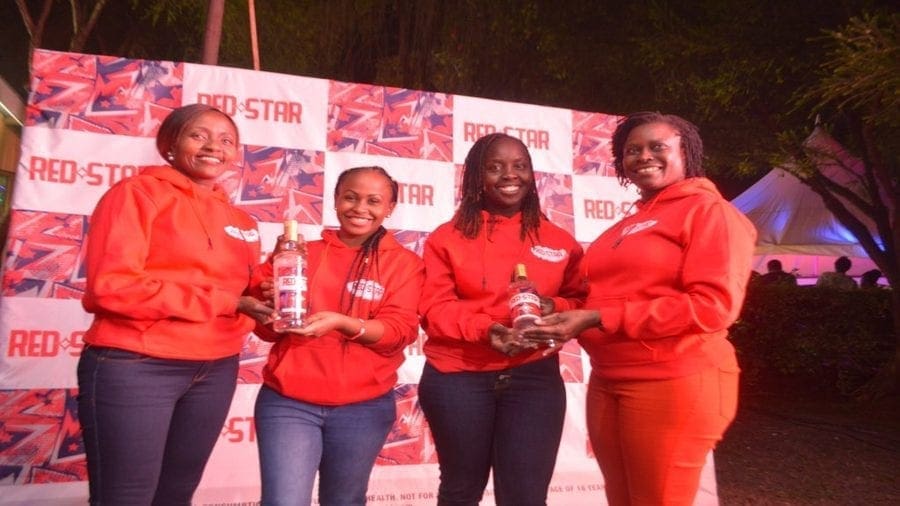 KENYA – East African Breweries Limited (EABL) has launched a new product into the market, Red Star Vodka as the company moves to cement its position as market leader and continually satisfy its clientele with the expansion of variety of drinks.

“The initiation of Red Star in the market is aimed at keeping the promise of KBL to continually satisfy its clientele in the expansion of variety of drinks to be enjoyed during celebrations,” EABL’s Head of Innovations Joyce Kibe said during the launch.

Red Star Vodka is the fifth product that the company has launched this year and enters the market a few days after competitor Kenya Wine Agencies Limited (KWAL) launched Caribia Cane spirit.

The vodka targets consumers who are, fun, trendy and confident looking to experience new tastes and is now available in the market in 250ml and 750ml glass bottles, retailing at recommended retail prices (RRP) of Sh250 and Sh 670 respectively.

According to Kibe, the introduction of Red Star Vodka is driven by the company’s commitment to continually innovate at scale and has also been informed by the resounding success of EABL’s other brands that were launched recently.

“We are delighted to launch this new drink. The introduction of this new brand is informed by insights where consumers are keen to expand their range of drinks,” said Ms. Kibe.

In addition to that the brewer launched Tusker Premium Ale, a premium beer that targets the affluent market dominated by foreign brands. Red Star’s launch also comes two months after EABL launched Hop House 13, another beer into the market.