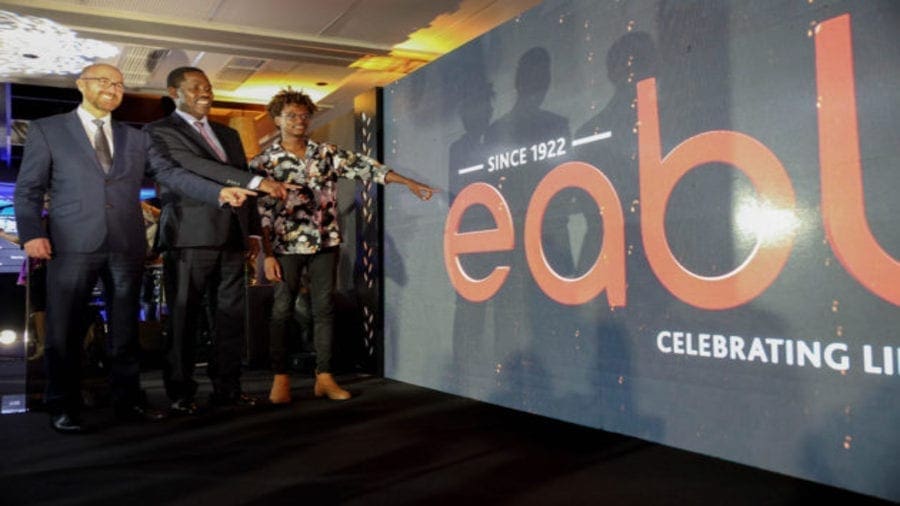 KENYA – The East African Breweries Limited (EABL) has relocated its corporate offices to the Garden City Business Park along the Thika Super Highway in Nairobi Kenya, adjacent to its old offices, and unveiled a fresh corporate logo that speaks to the company’s heritage in Kenya since 1922.

The ceremony was presided over by Trade, Industry and Cooperatives Cabinet Secretary, Peter Munya at the new office space in Ruaraka, Nairobi.

EABL Group Chief Executive Officer Andrew Cowan described the migration to the new building as a significant step for the company as it nears its centenary celebrations in 2022.

“Going into our second century you can expect us to double down on our commitment to East Africa.”

“EABL is a top four company for Diageo globally, but more important, a proud local icon known and admired across the continent. We want you to think of our first 100 years as just getting started,” said Cowan.

He said the company would increase its ability to make drinks using locally-sourced raw materials, invest in local capacity to ensure local jobs and continue on its sustainability initiatives.

In addition to that they will continue with their tradition of sending its Kenyan staff abroad to build enriching careers and experiences for themselves and their families.

“This month alone, we are commissioning more brewing vessels into the Kisumu brewery. This alone underwrites further commitment to the 17,000 farmers supplying us with sorghum in the region. More brewing vessels making more beer needs more sorghum,” said Cowan.

Earlier in the week the brewer announced commercialization of the Aliciana Barley Variety a year after it was launched.

The announcement was made during the Annual Field Day in Mau Narok following successful trials with farmers who have reported higher yields & greater resistance to water lodging.

The Field day, an annual event that brings together stakeholders within the barley value chain, is a key event as stakeholders converge to learn, share experience and showcase their products and innovations.

Barley is the main raw material for KBL’s beers. EABL also launched the 8th edition of the Barley Growing Handbook that summarizes the current recommendations on the barley varieties to be cultivated by farmers, seed rates, fertilizer usage, recommended insecticides, fungicides, herbicides to be used on barley and seed dresser.

EABL continues to invest heavily in research in an effort to offer production solutions to barley growers through its subsidiary East African Malting (EAML).

The company’s new logo features the grains that are a key raw material in the brewing of beer.

The new logo was developed by Elvis Otieno, a 22-year-old student at the Multimedia University. Elvis was among 19 individuals and one group who were selected as finalists from more than 300 designs submitted in EABL’s logo competition dubbed “Got Skillz?”

Elvis won the ksh1m prize money and will receive a mentoring assignment with a globally acclaimed design agency, WPP who’s local arm in Kenya is Scangroup.

Cowan explained the company’s decision to move away from the traditional way of designing logos.

“Rather than commission an international agency to try and get under the skin of what EABL is all about, we went straight to the communities of people who already know what EABL all is about.”

“We did this with the aim of getting a great corporate brand refresh that resonated with locals, and to identify some great local talent and help them onto the world map of creative design,” said Cowan.