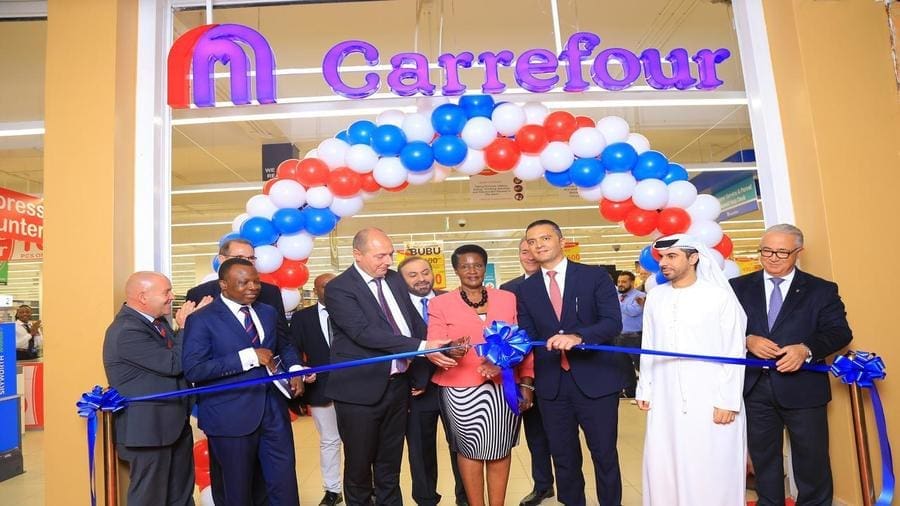 The entry of the retailer into the second East African country, has boosted its economy as they have so far recruited 130 Ugandan employees, contracted 60 external local companies and engaged 230 Ugandan suppliers to stock the store.

Patrick Lasfargues, Carrefour’s Executive Director for International Partnerships said, “Carrefour’s arrival in Uganda through our Partnership with the Majid Al Futtaim Group, is another milestone following the successful set up of Carrefour in Kenya with 7 stores since 2016.”

Hani Weiss, Managing Director of Majid Al Futtaim Retail said that this new store in Uganda is evidence of the Group’s long-term aim to bolster its presence in East Africa.

“We are delighted to be able to help further develop the retail sector, and Carrefour is here to modernise it, providing our customers with products that offer the best value for money,” Weiss said.

The United Arab Emirates-based mall developer holds Carrefour franchise rights in 37 countries across the Middle East, Africa, and Asia who launched the brand in the region in 1995.

MAF opened its first store in Kenya in 2016 at the largest mall in Sub-Sahara Africa, Two Rivers Mall with Carrefour as its anchor tenant.

It’s other branches in the country are located at the Hub-Karen, Thika Road Mall, the Village Market, Junction Mall, Sarit Center and Galleria Shopping Mall taking up some of the spaces which were previously occupied by Nakumatt which was recently liquidated.