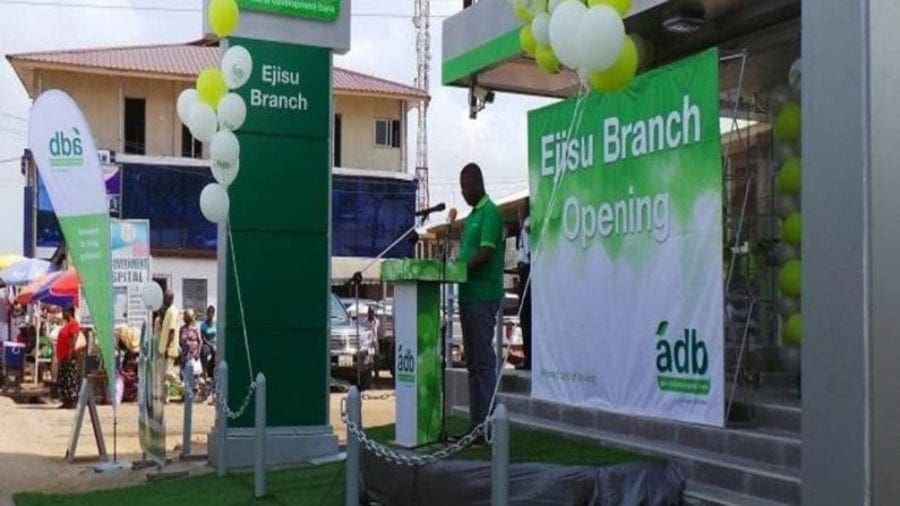 GHANA – Ghana’s leading commercial bank with focus on Agriculture, ADB has announced that it has received approval to issue in excess of 39 million ordinary shares to the Ghana Amalgamated Trust (GAT) to raise US$22.35 million (GH¢127 million).

The Bank said in a statement that the move was in fulfilment of ADB’s recapitalization of US$70.4 million (GH¢400 million) required of commercial banks by the Bank of Ghana as at December 2018.

A statement issued by the Ghana Stock Exchange on the transaction said that the announcement followed an approval by the Securities and Exchange Commission on January 2, 2020.

This is also subsequent to shareholders’ approval at ADB’s annual general meeting on August 28, 2019.

ADB is responsible for providing up to 85% of institutional credit to the agricultural market. It also offers services in risk and treasury management.

The bank has a national footprint with 78 branches located in major towns and cities of Ghana, as well as automatic and mobile banking facilities.

The private placement is a transaction tool which is used by companies to raise additional capital for their operations.

Unlike Initial Public Offering, IPOs, which are opened to the general public, private placements are targeted at specific investors who usually invest huge sums of money.

Per practice, this means that GAT will have representation on the board of directors of ADB who will provide the strategic direction of the bank.

According to the Ghana Stock Exchange, trading of ADB shares would not be suspended during the offer period.

ADB has since appointed Serengeti Capital as the lead manager and sponsoring broker for the offer.

When the process is completed, the total number of ordinary ADB shares in issue will amount to 300,798,407.

The Ghana Amalgamated Trust was established by the government to provide funding support to well-run local banks that were unable to meet the BoG’s GH¢400 million minimum capital requirement.

Five banks, Prudential, UMB, NIB, ADB and OmniBSIC are in line to receive various amounts in order to shore up their capital levels to meet the regulator’s approved benchmark.

Ghana Amalgamated Trust will be getting the funds from the finance ministry after dropping a plan to raise the money through a bond sale.