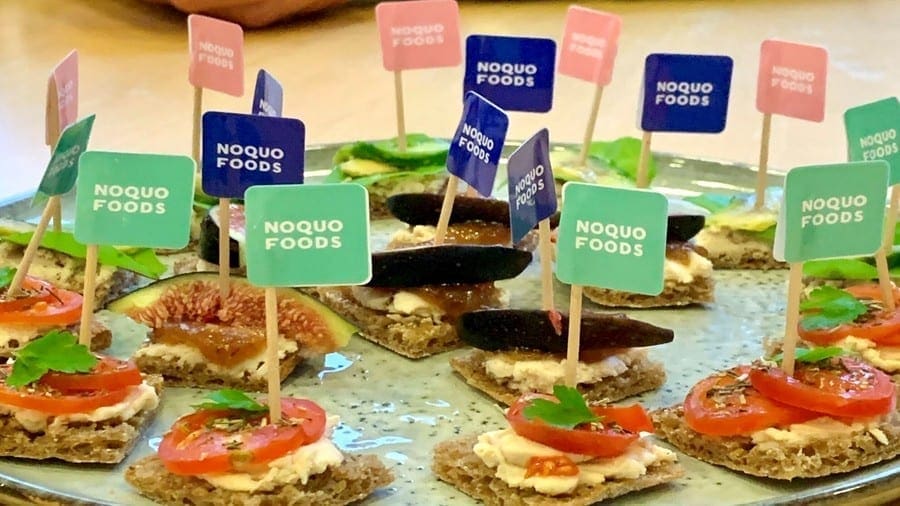 SWEDEN – Noquo Foods has raised €3.25 million (US$3.7 million) in a seed funding to help the Swedish startup accelerate its R&D efforts towards developing plant-based cheese.

Founded by Sorosh Tavakoli and Anja Leissner, Noquo Foods was established in early 2019 with a mission of developing plant-based alternatives for cheese and other dairy products.

The €3.25 million seed funding round was led by Impact investment firm Astanor Ventures and was joined by 10 new investors including tech venture capital firms Nothzone, Inventure and Creandum.

The investment round also counted a handful of other invetsor such as; Henry Soesanto – CEO of MondeNissin Group; Purple Orange Ventures; Martas Explorers, Catharina Finin Versteegh and Swedish plant-based food company Kale United, among others.

According to the founder and CEO Sorosh Tavakoli, the company was originally targeting to raise US$2 million but investors interests enabled it to increase the round, further securing the future of the business.

With the funds, Noquo Foods will increase the team, particularly in the Research and Development team to now include a food product developer, a technician, a food technologist, and a culinary developer/chef.

“We are officially going all-in as we now have the fire power to continue to build a world-class team, provide them with the right tools and the patience needed to develop cheese products that are delicious, that are good for you and that use significantly less resources than conventional cheese,” Tavakoli said.

The startup is also exploring a range of plant-based sources to use as its core ingredient(s). Tavakoli revealed that the ingredient will probably be a legume and use fermentation processes.

“We’re not looking at nuts or cultured options; we want to get to market faster than those paths offer but we’re also looking to have a protein base and product that’s fundamentally made of proteins in its core structure.

“This will be quite differentiated from other products; the biggest sellers are made from starch and coconut oil bases and have zero protein,” he added.

Anja Leissner, head of R&D and co-founder for Noquo Foods, added: “Clearly this is a hard problem to crack as there are still no really good alternatives on the market and the market has yet to take off so it’s a product issue.”

“We hope to launch something this year, probably at a small scale to food service customers initially. We’re don’t want to reveal too much but also it’s so unpredictable,” said Tavakoli.

Noquo is the latest plant-based and alternative protein startup to raise funding in the recent past after Perfect Day raised US$140 million last December, Califia Farms raised US$225m and Memphis Meats raising US$161 million in Series B funding.