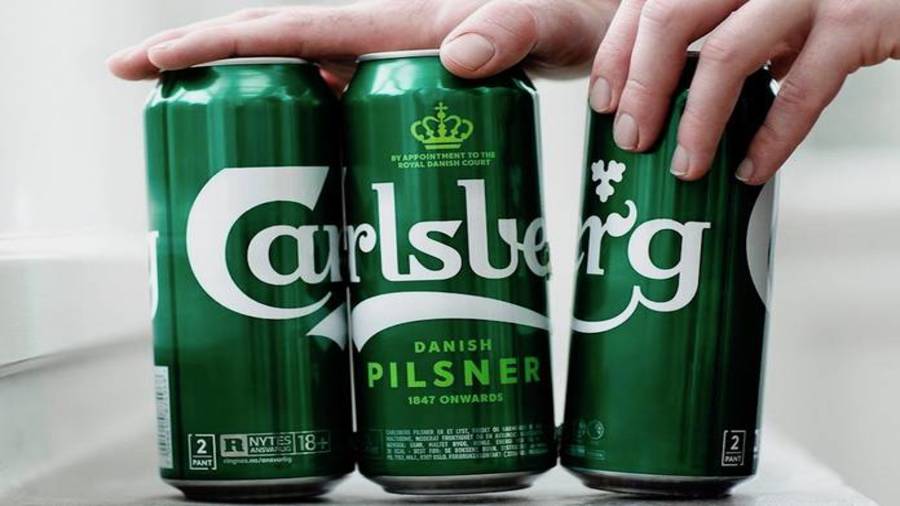 Carlsberg launched its Together Towards ZERO programme in 2017 outlining the brewer’s sustainability targets and emphasising the importance of collaboration with local partners and global experts across the value chain.

The Group has now revealed that by 2019, it had achieved a 30% reduction in relative carbon emissions at its breweries for the past four years, with 56% of electricity being generated from renewable sources and a total of five carbon-neutral sites running on renewable energy only.

Carlsberg has also reduced coal usage by 89% by weight since 2015, with 13 sites eliminating coal since 2017. The Group has unveiled plans to convert the remaining two coal-fuelled sites in India and Poland during 2020.

The multinational brewer said that it has further delivered a 12% reduction in relative water consumption since 2015 coupled with a major investment in water-recycling technology at its Danish brewery.

The company has committed to invest in a total water-recycling plant at Fredericia brewery, Denmark, which will reduce the brewery’s water usage for beer from 2.9 hl/hl to 1.4 hl/hl. Carlsberg currently operates 57 wastewater treatment plants.

As part of the progress towards achieving its 2030 sustainability targets, the brewer is also transitioning into alternative logistic solutions and is exploring electric deliveries.

This year, Carlsberg is bringing in 20 fully electric 26-tonne trucks to Carlsberg’s Swiss company, Feldschlösschen, with a view to operating from the brewery’s 15 logistics sites.

In addition, the Tuborg and 1664 Blanc brands owner has advanced its innovative packaging solutions, including a roll-out of the plastic-reducing Snap Pack multipack solution, recycled shrink film and the Group’s first 100% recycled PET bottle.

Looking to the future, Carlsberg has unveiled two research prototypes of the world’s first “paper” beer bottle – the Green Fibre Bottle –in partnership with Paboco (the paper bottle company).

“By working with leading global experts and strong local partners, we’ve reduced relative carbon emissions by 30% and water usage by 12% since 2015. Collaboration will become even more important as we approach our 2030 ambitions.

“Nobody can solve the sustainability challenges the world faces alone. That’s why we called our programme ‘Together’ Towards ZERO. By working in partnerships, we’re able to make faster progress and deliver change that would otherwise not be possible.”