In Kenya, Haco Tiger Brands lost 60% of volume growth and 58% of turnover.

The other big hit was from foreign exchange losses on foreign-denominated debt. This led to continuing, but moderated, losses at the beleaguered Dangote Flour Mills business in Nigeria.

Tiger discovered accounting anomalies late last year in Haco and said the MD of the subsidiary had been fired, with civil charges pending against him, while senior managers had been disciplined.

“There was manipulation of numbers — claims were made that should not have been (made),” Tiger Brands chief financial officer Funke Ighodaro said.

She said the managers in Kenya had “significantly” overstated product sales, and this had affected group profits. “There were two big hits to the results in the period. The impact of Haco was significant,” she said.

“All of the corrective measures have been put in place,” CEO Peter Matlare said. He underlined the strength of the core South African operations, where turnover rose 8% and volumes 2%.

Dangote, which analysts have said had poor assets when Tiger took a majority stake in it in late 2012, cost the company about R950m last year in write-downs.

In SA, despite pressure on consumers and “intense competition”, nearly all the group’s main food brands — from peanut butter to cereals, bread and baked beans — experienced growth and gains in market share. Sales of previously languishing personal and homecare products were also gaining traction, it said.

“I think the underlying operating performance is not bad at all,” Mr Matlare said.

An equity analyst at broker Imara SP Reid, Mark Saner, said that “barring Dangote and the Kenyan profit manipulation fiasco, the performance was not too bad”.

He said the market seemed to be taking a balanced view of the group. “The Dangote debacle is nothing new and a lot of the issue looks to already have been priced in.” 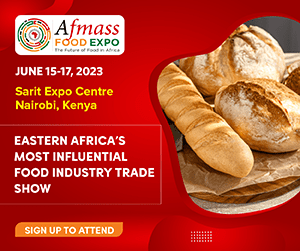